When Florence Canceled This Marine's Wedding, Military Spouses Stepped In

When Hurricane Florence flooded Marine Cpl. Jordan Taylor and fiancée Jilia Arroyo's wedding venue and forced his training dates to be bumped forward, the couple arranged a quiet, last-minute ceremony at a Catholic church near Fort Hood, Texas -- no photographer, no cake, no flowers.

But Taylor's mom Stacee, an Air Force veteran and Army spouse, wanted the day to be special. Unable to leave South Carolina herself, she couldn't be there to stand next to her son. So she did the next best thing: She called on her Texas-based military spouse friends.

On Sept. 20, less than 24 hours after his mom asked for help, Taylor and Arroyo were married with all the trappings of a traditional wedding, surrounded by a group of military spouses who dropped what they were doing and made the wedding happen.

"It doesn't matter what race, religion or color -- when people in the military need help, we respond," said Theresa Johnson, whose husband recently retired from the Army. "For us, that's what we do."

After her son called to tell her the wedding had been bumped up, Stacee Taylor went into panic mode, she said. She didn't want to miss the special day, but because she was stuck in South Carolina, she knew she wouldn't be able to attend. So she messaged Johnson out of desperation Sept. 19, in hopes that she could help her find a photographer to capture the day.

"I asked one question – 'do you know of a photographer?'" she told Military.com.

Never in her wildest dreams did she expect what happened next. Instead of just finding a photographer, Johnson phoned a Navy wife friend, Mindy Brewster, and asked for help, then posted a message to her Facebook page asking the military spouse community to step up.

And that's exactly what they did.

Marie Reed, who runs Moving With the Military, saw Johnson's post and got a message from Stacee Taylor at about the same time. Armed with her business' photography and film crew, she knew they would have no problem taking video and photos at the ceremony and dove in to work on other details.

Brewster, a former wedding planner, took point on making arrangements, keeping Stacee Taylor in the loop and sourcing cake and other items. Leslie Draffin, a local news anchor and military spouse, worked with Brewster to coordinate donations from local businesses. Johnson, who was several hours away, drove up to be at the wedding. She also made sure the bride had her "something borrowed" and stood in as a surrogate mom. 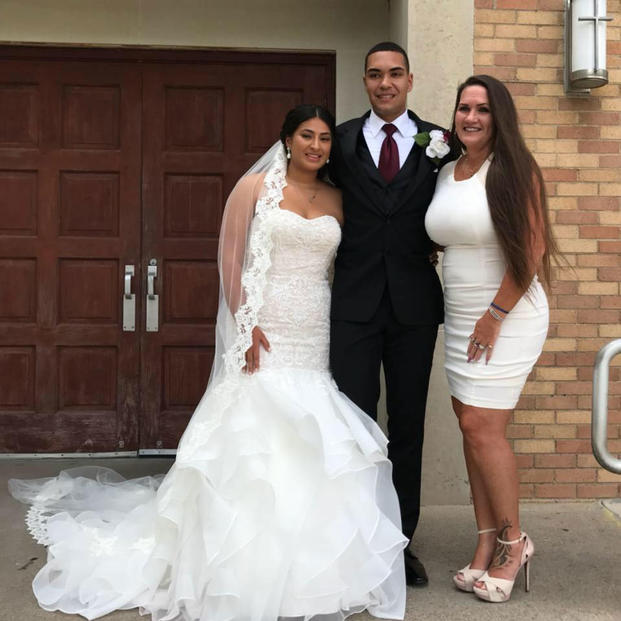 The bride's family threw together food for a reception. The groom's grandmother, who lived locally, was the only member of his family able to attend.

For Reed, Brewster and Johnson, surrounding the bride and groom with help and giving them a loving send off into military life was more than worth the chaos of last-minute wedding planning. Helping the newlyweds, they said, was about more than throwing them a great ceremony; it was about showing them how the military community can be there when you need it. 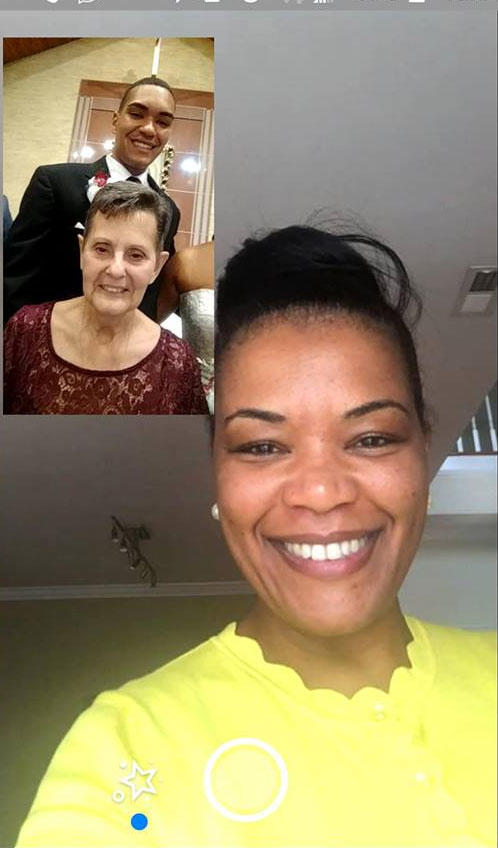 Mother of the groom Stacee Taylor chats with her son, Cpl. Jordan Taylor and his grandmother. (Photo courtesy of Mindy Brewster)

"This was, 'Let's show her from the beginning that she can count on us,' " said Brewster, who had her own last-minute wedding in 2003 before her husband's deployment to Iraq. "It may not be the most perfect day, but it's going to be the most memorable day."

Reed said -- in a world where military spouses need to rely on each other for help -- she wanted the bride to see the support and be ready to pay it forward.

"I want her to know, 'Welcome to military spouse life, and know that you have a community that will rally behind you,' " she said. "If you have a need, [know] that we're there, but also be there for other people, because you will meet them along your journey and people will need help." 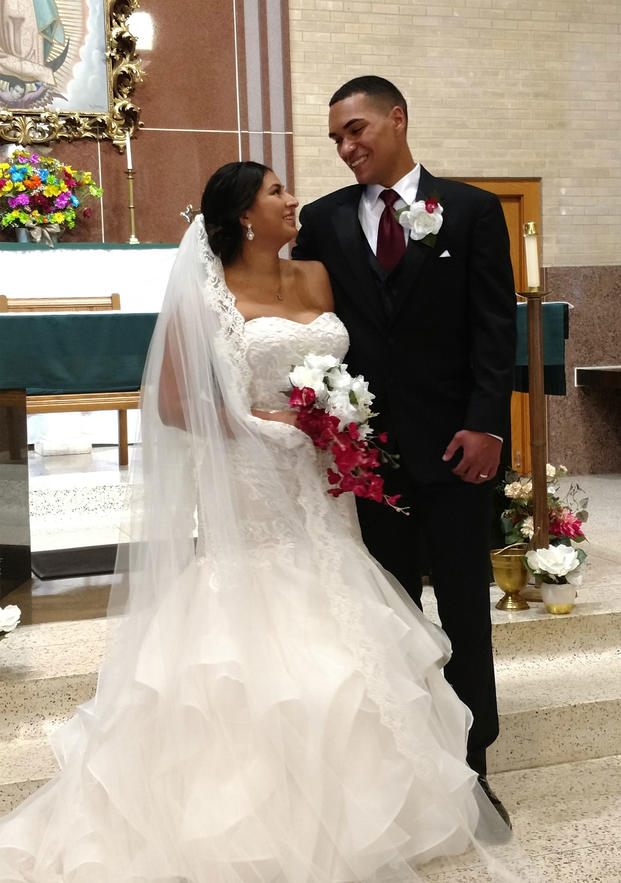 Stacee Taylor, who was able to watch the wedding over Facebook livestream, said she spent much of the wedding day "ugly crying" with joy and the overwhelming emotion that comes when your community steps in when you need them. 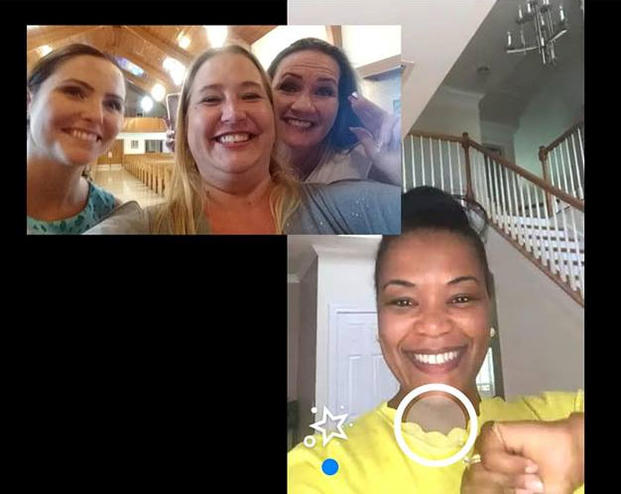 Mother of the groom Stacee Taylor chats with some of the military spouses who helped pull together her son's wedding. (Photo courtesy of Mindy Brewster)

"I told Theresa, "I help people all the time -- whatever you need, count me in, I got you,'" she said. "And I've never known the feeling of someone really helping me, and I think that's why I'm so emotional. … I said 'Y'all, I just don't understand. All I asked for was a photographer.' I'm just overwhelmed by my military spouse community and how they just took it and made it their own."

-- Amy Bushatz can be reached at amy.bushatz@military.com.

US Downs Chinese Balloon, a Flashpoint in US-China Tensions

An F-22 fighter jet fired a missile at the balloon while it was about 6 nautical miles off the coast of South Carolina.

One of its largest spikes came because of the suicide deaths of soldiers who had deployed between 2010 and 2012 within the...

To force the fugitives to surrender, a military bulldozer clawed at the walls of one of the homes.

First Lady Jill Biden Has a Message for Military Teens

National Military Appreciation Month is celebrated every May and is a declaration that encourages U.S. citizens to observe the...

The Defense Department says it will permanently close the Navy's massive Hawaii fuel tank facility that leaked petroleum into...