'12 Strong' & the Legend of the Horse Soldiers

"12 Strong" tells real-life story of the Army Special Forces mission that was America's first military response in the wake of 9/11. The movie was a hit when it played in theaters and now it's available on Blu-ray, DVD and Digital HD.

Chris Hemsworth and Michael Shannon play Captain Mitch Nelson and Chief Warrant Officer Hal Spencer, the leaders of the mission. Those were their names in Doug Stanton's acclaimed book "Horse Soldiers: The Extraordinary Story of a Band of US Soldiers Who Rode to Victory in Afghanistan," a book written at a time when the names of the real soldiers were still classified.

Their names are classified any more and we had a chance to speak with Mark Nutsch (a/k/a Nelson) and Bob Pennington (a/k/a Spencer) back in January. Check out the interview below.

The home video bonus features include "12 Strong: The Making of an Impossible Mission" and "Monumental Effort: Building America’s Response Monument," a documentary about the creation of the horse soldier monument that now stands in New York City's Liberty Park. 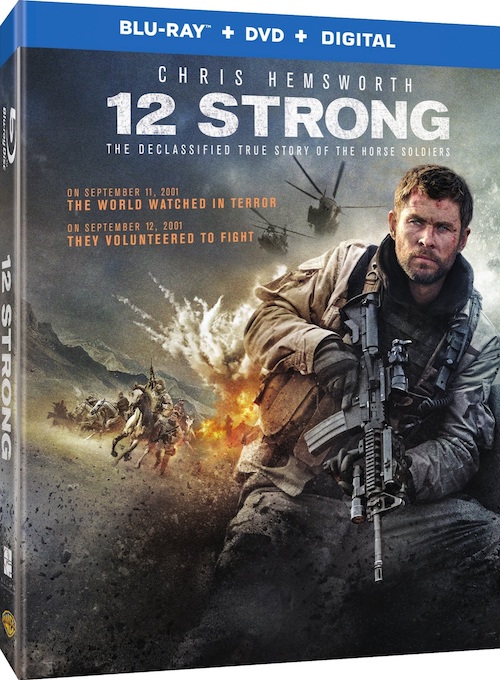 Should a veteran have to rob a bank to get health care?

8 of the Most Evil Nazi Movie Villains

Nazis have provided movie audiences with perfectly hateful villains going back to the late 1930s.

Korean diplomats must unite to escape the chaos caused by Mohamed Farrah Aidid's attack on the Somali capital.

Adam Driver: Why I Joined the Marine Corps After 9/11